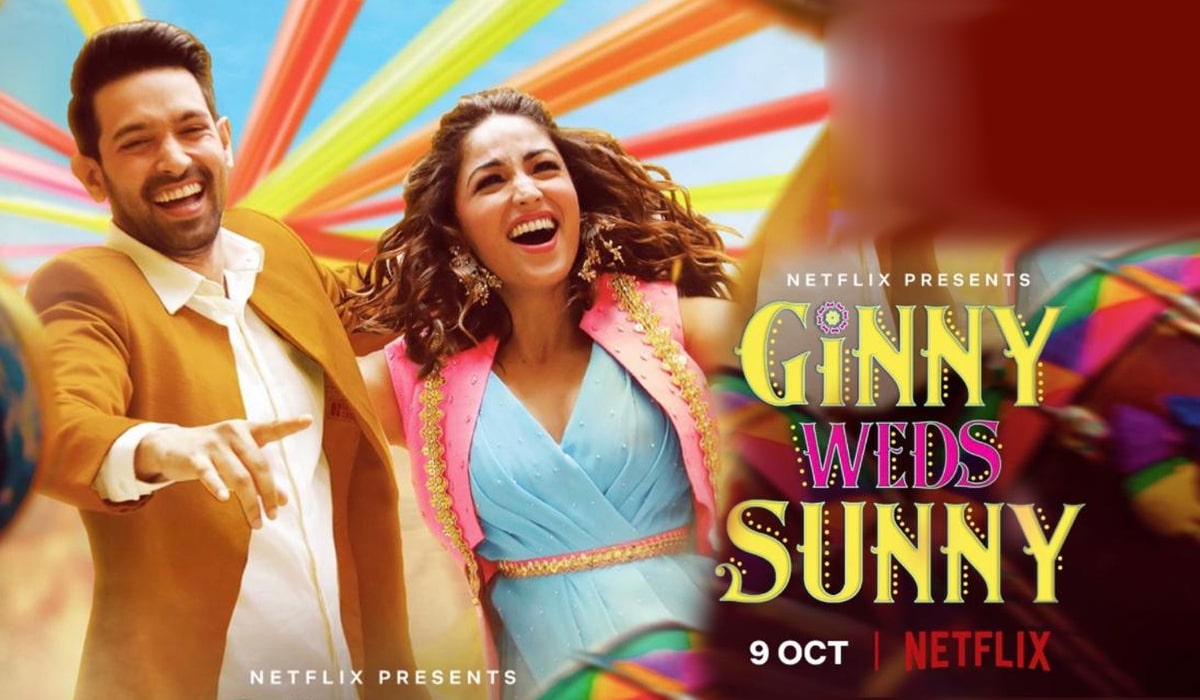 Bollywood latest film Ginny Weds Sunny is a romantic comedy movie. Directed by Puneet Khanna while produced by Vinod Bachchan under the Soundrya Production. The movie cast  Yami Gautam and Vikrant Massey play as the title roles, Ginny and Sunny. Vikrant Massey is a child artist in the famous serial Balika Vadhu. Music scored by Prasad Sashte. The movie shoots in Delhi, Noida, Ghaziabad, and Manali. This film was released on 9 October 2020 on the online platform Netflix.

Ginny Weds Sunny Movie story is about Living with her matchmaker mother in Delhi, Who Ginny (Yami Gautam) is a confused girl who refuses to settle with mediocre. On the other side, Sunny (Vikrant Massey) is a romantic lines, witty answers, an aversion for risk, and a determination to make Ginny his wife. Yet, it’s not so easy to get her to marry. Once they begin meeting, a lot more comes to the fore in this seemingly perfect tale of love, life, weddings, and music.

While Ginny had rejected Sunny through the arranged marriage setup, he’s set on marrying her. And so, conspired with her mother to make her fall in love with him. The movie follows their journey in finding out whether their supposed match made in heaven can stand the test of realities.

Lol is a very famous song in this movie. Yami Gautam and Vikrant Massey chemistry is very well and their pair also superb.