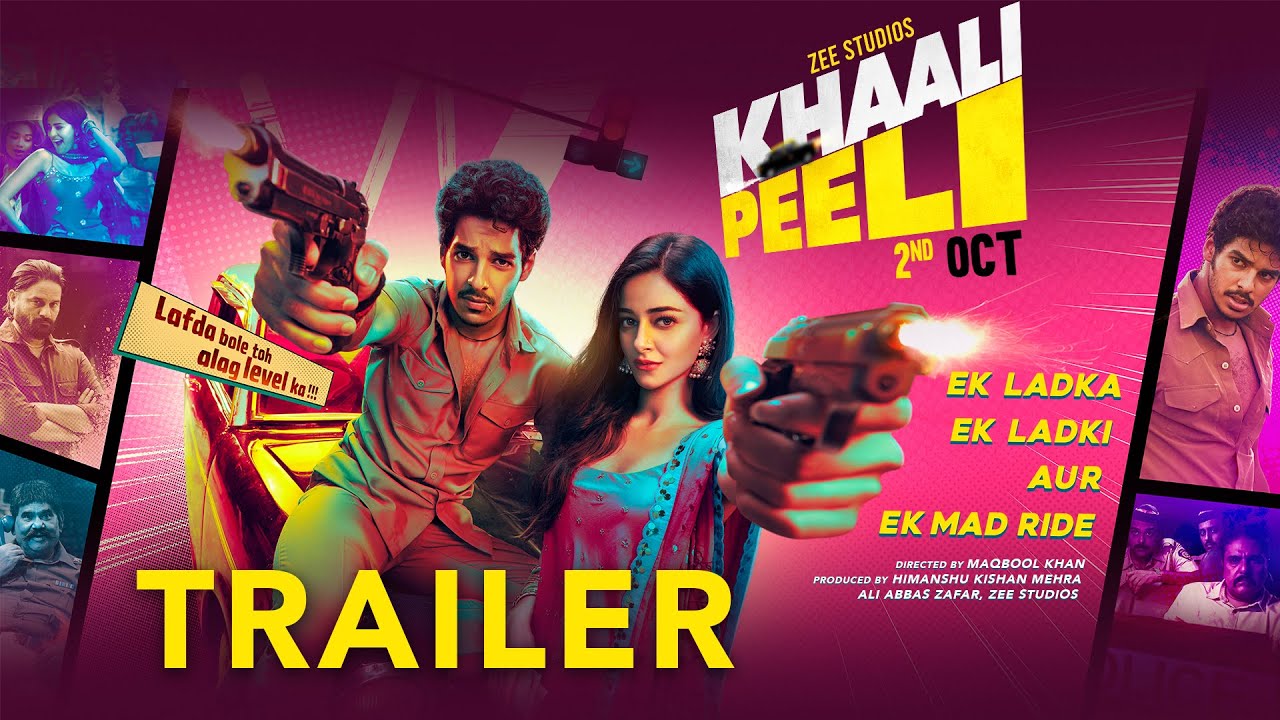 Khaali Peeli is a romantic movie directed by Maqbool Khan while produced by Ali Abbas Zafar and Himanshu Kishan Mehra under the Zee Studios. The movie stars Ishaan Khatter, Ananya Pandey, and Jaideep Ahlawat. Sanchit Balhara and Ankit Balhara composed the music for this Hindi movie. The film was released on Zee Plex and ZEE5 on 2 October 2020.  The movie has been set to theatrically release on 16 October 2020. Because theaters are re-opened the first time after pandemic time.

Zee Studio releases the movie trailer on 22nd September 2020. The trailer gets a good response audience. The trailer has reached more than 6.6 million views within three weeks.

The Khaali Peeli movie story is about two children Blackie and Red Riding Hood who meet in the jail of crime and child trafficking and prostitution. And as they said, they suffer the unavoidable love at first sight. Yet, the future forces them to pathways, they meet after 10 years as strangers in trouble. As they plan to solve their problem with criminals, they realize what they meant to each other.