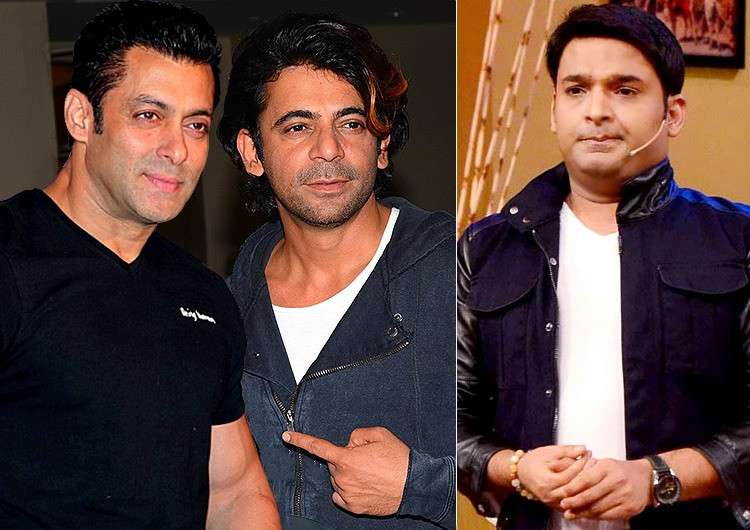 Recently, Kapil and Sunil clashed in Sohail Khan’s party, which seems obvious that Salman Khan wants them back. It was also said that Salman had tried to patch-up Kapil with Sunil during Bharat movie shoot.

There are rumors that Sunil will soon Joint the Kapil Sharma Show to promote Bharat. Also, Sunil has wished Kapil’s Mom on her birthday, which is a hit of seeing them back together.

After Sunil and Kapil who have met in Sohail’s party, there is gossip going around it. It is said that they might have already hatched their grudge during the party. Also, it is said that the grudge between Kapil and Sunil has long gone. Because Sunil was busy shooting for Bharat, he couldn’t make a comeback to the show.

As said, we might see Sunil Back to the Kapil Sharma Show during the promotion of Bharat. This might really bring some old memories back to the show. Also, everyone would really want this to happen.

So you think that we might see Kapil and Sunil back to the show? Do let us know your thought in the comment below.