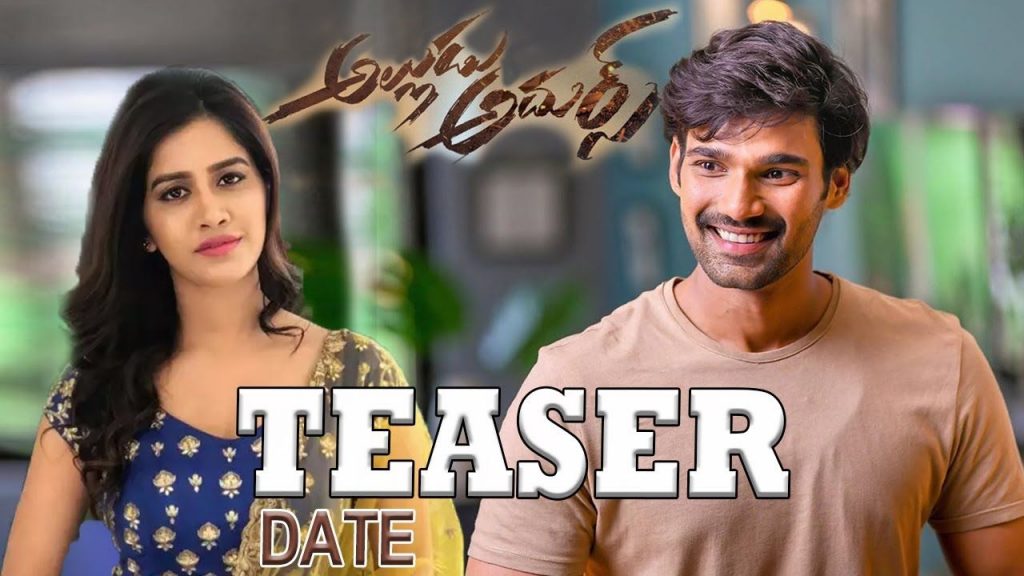 Bellamkonda Srinivas coming with a romantic entertainer Alludu Adhurs movie. The movie directed by Santhosh Srinivas Rowthu while produced by Gorrela Subramanyam. The female lead roles played by Nabha Natesh and Anu Emmanuel are in the lead roles.  Devi Sri Prasad composed the music to this film.

The trailer was released on January 05 on youtube. The trailer gets a good response from the viewers, it has reached more than 5.3 million views within 5days.

However, nothing much about the movie is understood. The posters look incredible and the story seems to be really fascinating. It is a  family entertainer and romantic film that makes the movie extremely affordable. The posters make all of us curious to view the movie as soon as possible. The fans are eagerly waiting for this movie.

Alludu Adhurs movie director Santosh Srinivas speaks about the film is going to change the perception of audiences while looking at industrial cinema post lockdown. The movie shooting began in October 2019, Alludu Adhurs was arranged for release on April 30, 2020, however then everything pertained to a grinding stop due to the lockdown.

Although we worked hard, at the last minute we couldn’t release it. I felt the would see the light on Sankranti. We might gauge audiences’ responses after Solo Brathuke So Better was released in theatres. Their response toward the opening of multiplexes has provided us a ray of hope. Alludu Adhurs is a mixed bag of home entertainment, love, comedy, and action. Although it has the shades of Kandireega, it is quite different with entertainment on similar lines,” says Santosh.