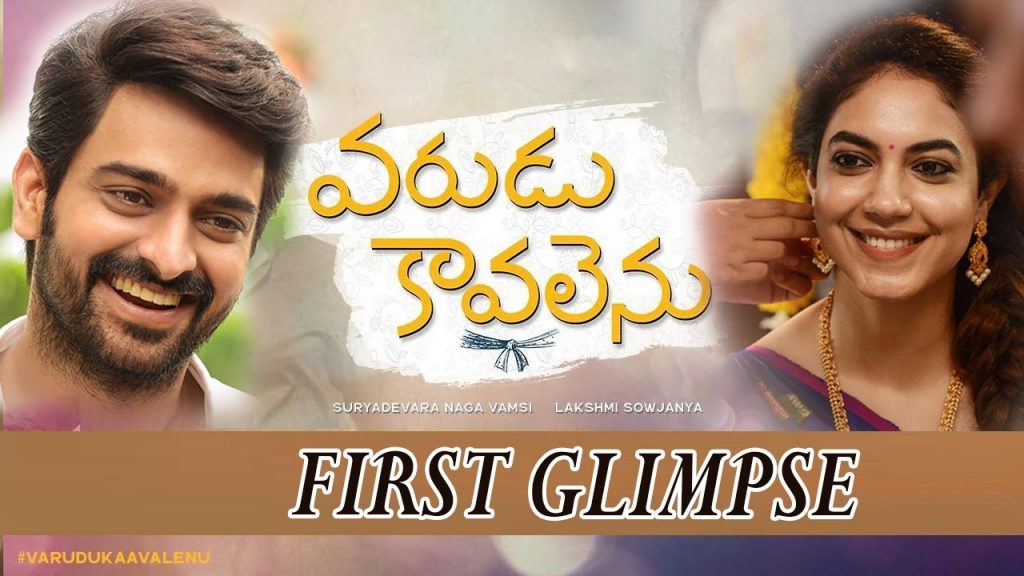 Naga Shaurya’s upcoming romantic entertainer movie Varudu Kavalenu. Pelli Choopulu fame Ritu Varma is the female lead. Varudu Kavalenu film is directed by debutante Lakshmi Sowjanya and is produced by Suryadevara Naga Vamsi under the Sithara Entertainments. Music composed by Vishal Chandrasekhar. The makers of Varudu Kavalenu are planning to release the movie in the month of May.

The makers of the film Varudu Kavalenu have released a special teaser on the occasion of Naga Shaurya’s birthday. You saw on the teaser of Varudu Kavalenu, Naga Shaurya is seen playing the role of a rich entrepreneur who comes out of a corporate space.

It is a birthday special teaser, it shows nothing but Naga Shaurya. Ritu Varma is playing the female lead in this film of Naga Shaurya which is touted to be a musical romantic family entertainer.

The shoot of Varudu Kavalenu is going on at a brisk pace in Hyderabad and the makers have also started the post-production activities.

On the other side, Naga Shaurya is also teaming up with Anish Krishna for another Telugu project in which he will romance with the singer turned actress Shirley Setia. On the birthday occasion, Naga Shaurya revealed the title of his 23rd film Police Vaari Hecharika, which is directed by debutante KP Rajendra and produced by Mahesh S Koneru.