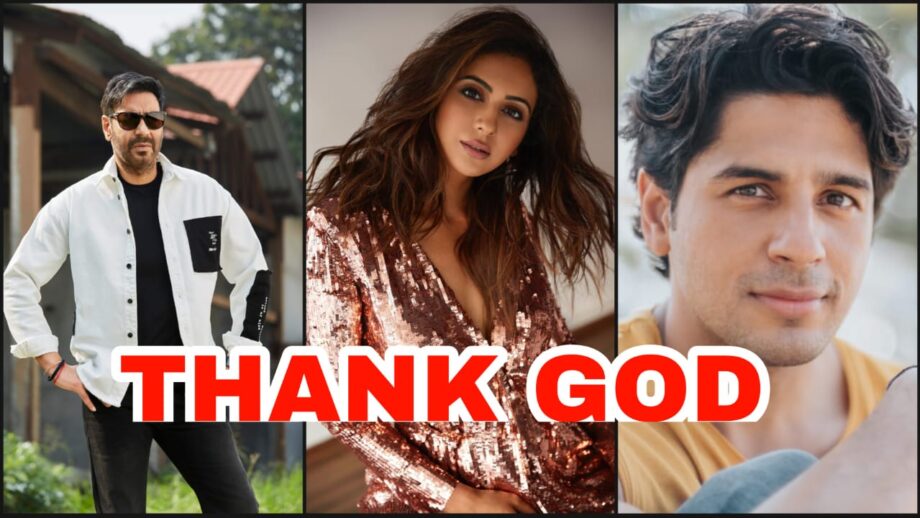 Thank God Movie: Ajay Devgan has announced his upcoming film, Thank God with Siddharth Malhotra and Rakul Preet Singh. It is a comedy-drama directed by Indrakumar, work on the film started on January 21st. Although this is Ajay’s first collaboration with Siddharth, it will mark the third film of the Tanhaji actor with Rakul Preet.

What does Director Indira Kumar say about Thank God Movie?

Indrakumar’s previous blockbusters, the producers say that Thank God will be a unique family film. Indira Kumar said, “We have been waiting for a long time to start shooting and it will finally start on January 21st, thank you. This is a fun life comedy piece and I am very happy to be working with youngsters Siddharth and Rakul whom I have known for many years with Ajay Devgan.