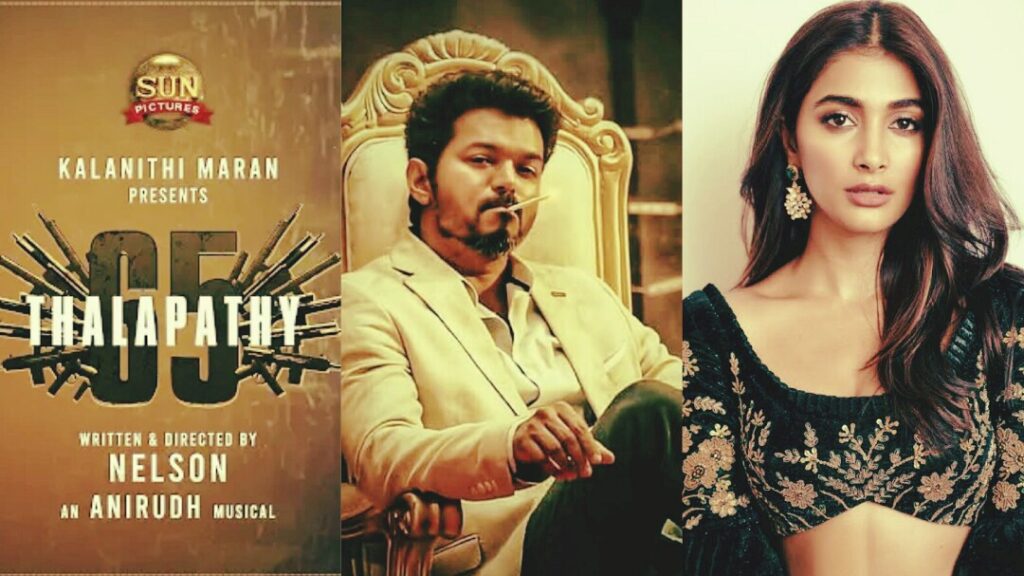 Currently, titled Thalapathy 65 is Vijay’s upcoming Tamil action film, The movie directed by Nelson Dilip Kumar and will mark as the first project with Vijay and produced by Kalanithi Maran under Sun Pictures. The lead cast of Thalapathy 65 includes Vijay, Pooja Hegde. After nine years Pooja Hegde reenters in the Tamil industry.

Director Nelson Dilip Kumar made his movie debut with the Kolamavu Kokila movie. His second film Doctor stars Sivakarthikeyan in the lead. Thalapathy 65 is his third film and this is expecting to release in the year 2021.

Tamil industry famous actor Vijay film is directed by Nelson Dilipkumar. The movie official teaser of the movie stirred a wave of anxiety among the audience who are eagerly waiting for the film. Here’s all you need to do about Thalapathy 65 film details.

Vijay has completed around 64 Tamil movies as the lead actor. He won a number of accolades for his great performances which include eight Vijay Awards, one SIIMA Award, and three Tamil Nadu State Film Awards.