Salute is a 2022 Indian Malayalam language action thriller film. The film stars Dulquer Salman and Diana Penty in the lead roles and Dulquer Salman, Diana Penty, Manoj K. Jayan, Lakshmi Gopalaswamy, Saikumar, Vijayakumar, and Binu Pappu in supporting roles. The film has directed by Roshan Andrews and produced by producer Dulquer Salman. It has created under the Wafer Films banner.

Popular Maliwood actor Dulquer Salman has taken to social media to reveal the title and first look poster of his upcoming Malayalam film Salute. Dulquer has dressed as a policeman in a poster released on Monday. He has sitting on a bike and posing with a police baton. The actor started the caption on the funny note by admitting that he was showing his own picture. Afterward, all the cast and crew members have honored.

The movie trailer has released on December 24th by Dulquer Salman. The trailer shows Dulquer following a trail of clues to nab a culprit in a case he is working on. Like many other police films, Salute’s storyline revolves around a cop chasing a criminal. In this film, we also see a glimpse of the relationship between the characters Diana and Dulquer. Salute trailer hints at a gripping police procedural.

No need to wait for the movie details. Because recently the movie team announces the film has ready to hit theaters on 14 Jan 2022.  After this announcement, Dulquer fans are very happy and eagerly waiting for the Jan14th. 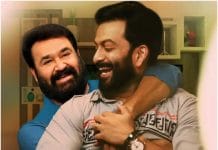 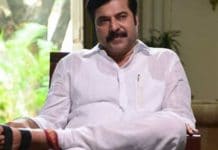 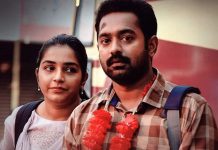