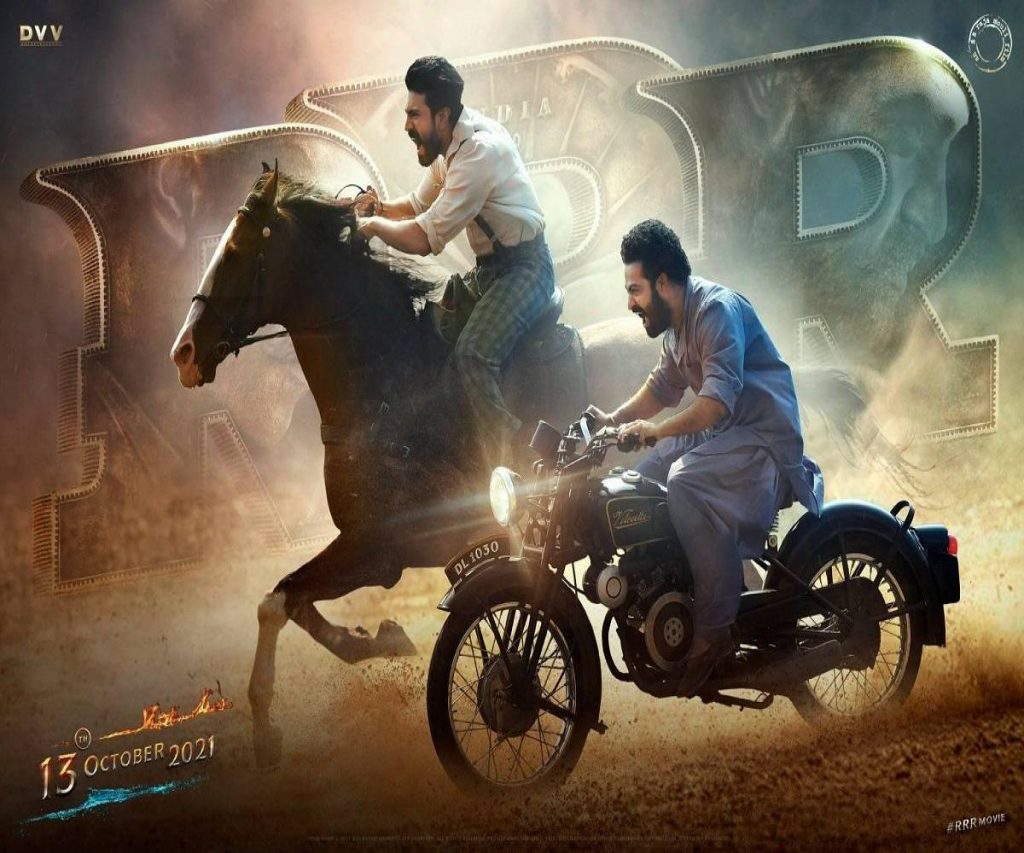 RRR  is a period action movie which is directed by S.S.Rajamouli. The film stars are Ram Charan,  N. T. Rama Rao Jr, Alia Bhatt, and Olivia Morris. Music was composed by MM Keeravani. The story was written by K. V. Vijayendra Prasad. It was produced by D. V. V. Danayya. It is a fictional story who had fought against the British for freedom. Jr.NTR and Ram Charan for the first time shared the screen.  Below you can find the RRR Movie News, Teaser, and latest updates.

At the festival of Ugadi, the makers have revealed the title of RRR. In this motion poster, we can watch that two energy forces one is water another one is fire is coming together.

On the occasion of Ram Charan’s birthday, the team releases the teaser about the start of Ramaraju Intro. In this video using Bheem (JR NTR) voice has to say about Alluri Sitarama Raju( Ram Charan).

The first teaser about the introduction of Bheem Intro. After the pandemic situation RRR team had released the Bheem Intro Video. In this video, Ramaraju has to say about Komaram Bheem.