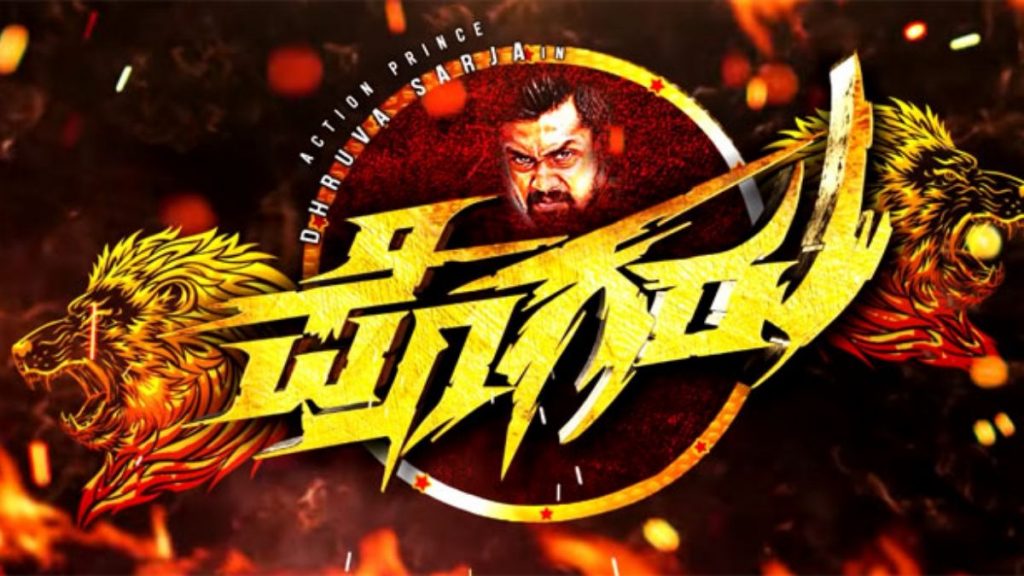 The dialogue trailer released on January 1st,2021. The trailer got a good response from the viewers, it has reached more than 8.3 million views within two weeks.

However, the makers plan to release it on January 23, 2021. However, now, as the theatres have already been re-opened, they have decided to release.

Pogaru has been in the making for almost two years now. The movie will be released in both Kannada and Telugu and also dubbed in Tamil Semma Thimiru. Rashmika Mandanna shares the screen with Dhruva Sarja for the first time. Dhruva Sarja is a popular Kannada actor and he is a younger brother of Chiranjeevi Sarja.

Dhruva was last seen in the movie Bharjari, this was released on September 2017. It has been two years since his last appearance and fans are eagerly waiting to watch the film on big screen.

Now, the movie Hindi dubbed rights of the mass commercial entertainer directed by Nanda Kishore has been sold to Bollywood producer R K Duggal for a whopping Rs 7.2 crore.

The Pogaru Kannada movie, which will also have a Telugu version, will now be dubbed and released in Hindi as well. The filmmakers are happy about the pre-release business for the movie during the pandemic period.

Karabuu song is fully viral. This is the biggest hit song in the movie, it has reached 193 million-plus views on youtube.

Here you can get the upcoming Janhvi Kapoor Bollywood movie details.