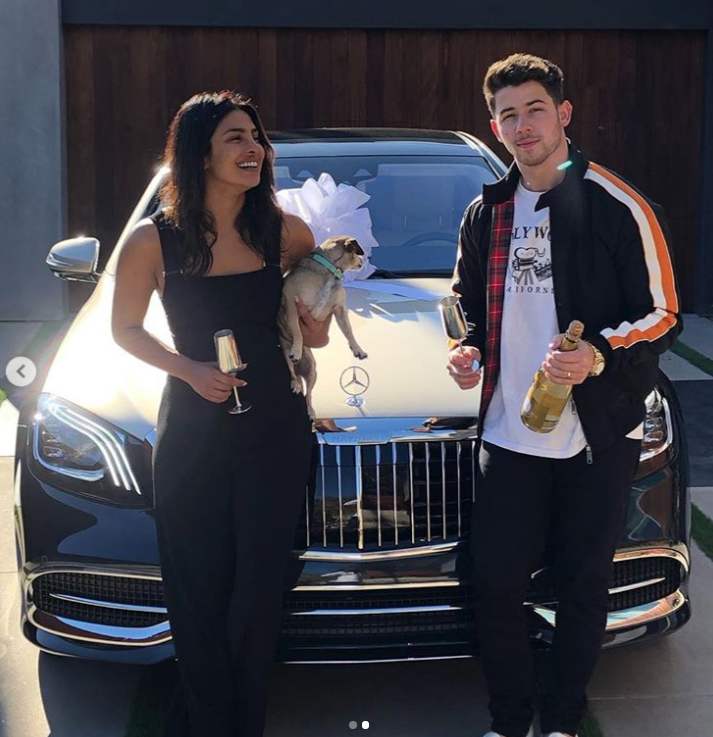 If we talk about Priyanka Chopra, then Nick Jonas does come into the picture. Recently Priyanka was here in India for a movie shoot (The Sky Is Pink). Now, Priyanka is at his 2nd home in LA, where Nick had a huge surprise waiting for her.

This surprise was nothing but a Maybach car, which Priyanka name as Extra Chopra Jonas. As Nick’s new album reached #1 spot on the Billboard Hot 100, the Maybach was a gift to showcase his love.

After receiving the gift, Priyanka posted a picture of celebration writing, “When the hubby goes number one.. the wifey gets a Maybach !! Introducing. Extra Chopra Jonas.. haha .. I love you, baby!! Yaaay! Best husband ever.”

There is definitely a lot of love seen between this newly married couple. Whereas, there are rumors that Nick would be seen in Priyanka’s movie “The Sky Is Pink“.

Do let us know your thought on Nick’s gift to Priyanka. Do you think that they are the cutest couple in the Industry? To get a regular update on Bollywood News, Follow Movie-Rater.