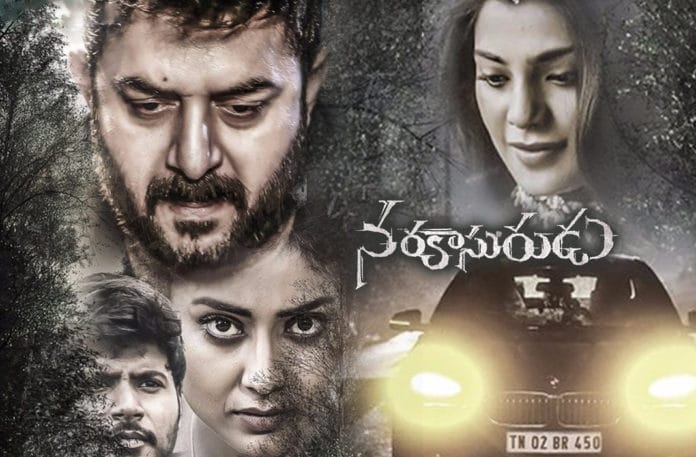 Narakaasurudu is a Telugu action thriller suspense movie. The film was written and directed by Karthick Naren. The movie stars Arvind Swamy and  Shriya Saran in lead roles, while Sundeep Kishan and Malayalam actor Indrajith in main supporting roles. The film is supposed to be the named rendition of the Tamil film Naragasooran.  As per Hindu Puranas, Narakaasurudu was a rakshasa born to the Bhudevi and Lord Vishnu, in the Varaha avatar. Narakaasurudu is produced by Sathya Narayanan while music composed by Ron Ethan Yohaan. The movie released on 19th December 2020.

Narakaasurudu film first look poster was released. In the poster, all actors portrayed confused and suspect. Arvind Swamy played a negative role. After a longtime Shriya saran will be back in this movie. Sundeep Kishan is a very good actor, he played his character superbly. You will definitely watch this upcoming Narakaasurudu movie.