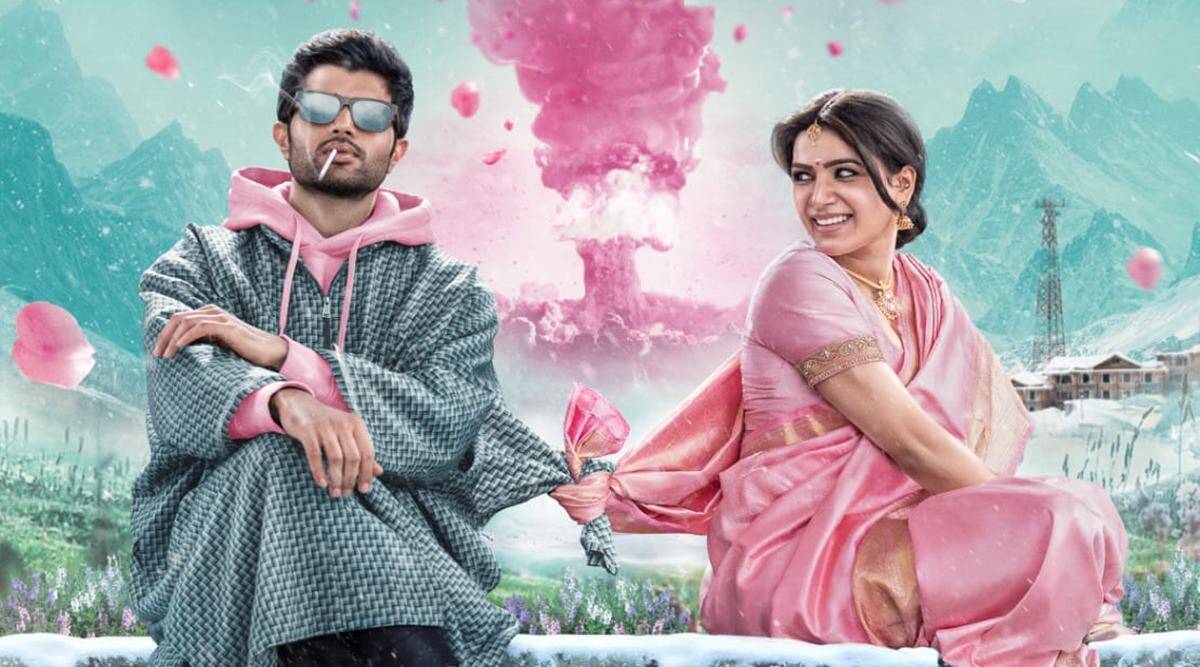 On May 16, the Myhtri Movie Makers producers released the first-look poster of Kushi movie on Youtube. The first look poster showcases the sparkling chemistry between the lead pair, played by Vijay Deverakonda and Samantha. They make a very good pair and the poster has an aesthetic vibe to it. What catches the attention right away is the sparkling chemistry and bonding between the lead pair, Vijay Deverakonda and Samanta.

Recently they both celebrated their birthdays, Vijay Devarakonda arranged a special surprise birthday party on the sets of Kushi Movie. Vijay Devarakonda and Puri Jagannath’s combination and his Bollywood Debut Liger Movie ready to release on theatres. In this movie Ananya Pandey acting the female lead.

Samanta is waiting for the release of her upcoming historical film Shakuntalam. In 2020, speaking at the launch of the movie, Samantha said that this is her dream project and dream role. She’s also working with Director Gunasekhar for the first time. The movie, produced on a massive budget by Gunasekhar himself, will be released in Hindi, Tamil, Malayalam, and Kannada. It revealed recently that Samantha will make her international movie debut with Arrangements of Love, directed by Downton Abbey creator Philip John. Samantha and Vijay Devarakonda both shared this motion poster on their own social media platforms.