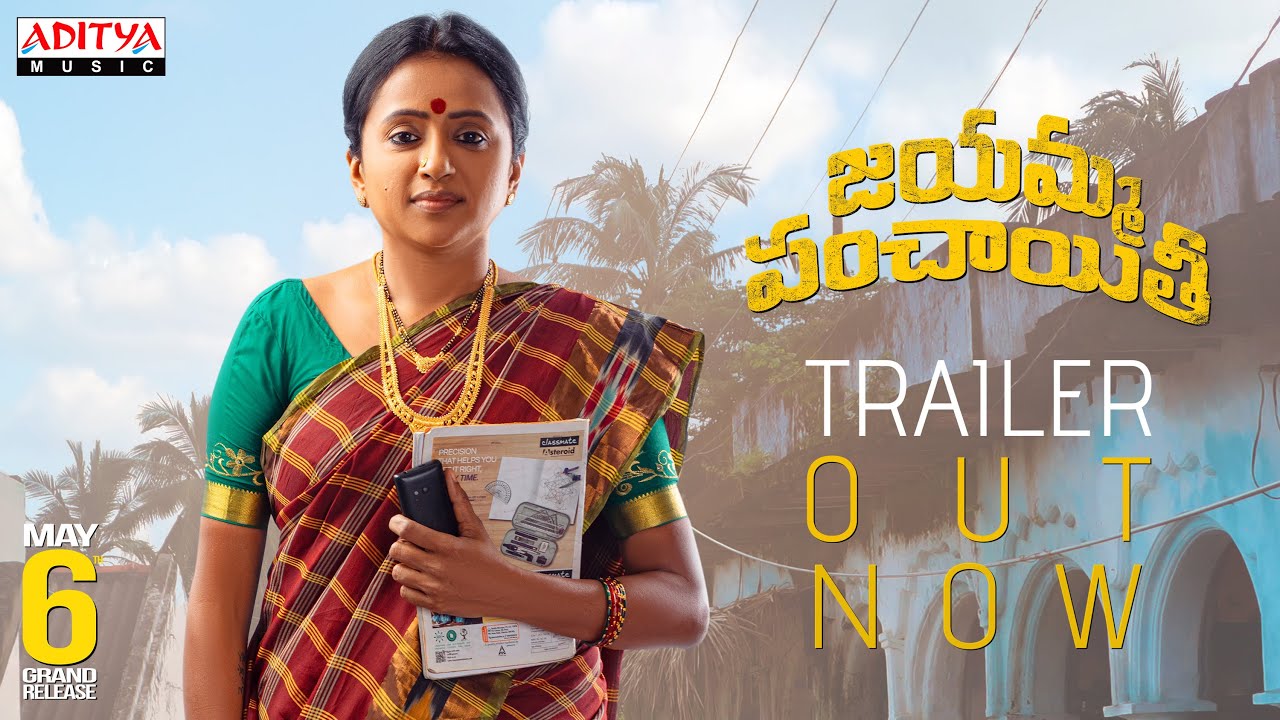 Jayamma Panchayathi is an upcoming Telugu drama movie directed by Vijay Kumar Kalivarapu. Suma Kanakala, Devi Prasad, Dinesh Kumar, and Shalini Kondepudi and many others are Playing in the lead roles. M.M. Keeravaani composing the music for the movie. While cinematography done by Anush Kumar and edited by Ravi Teja Girijala. The film produced by Balaga Prakash under Vennela Creations banner. Jayamma Panchayathi movie scheduled to be release on 6th May 2022. Here get the details about Jayamma Panchayathi Movie News and Updates

Power Star Pawan Kalyan launched the trailer of Jayamma Panchayathi Movie. Aditya music released the trailer on Youtube on the 16th of April. He said about this trailer, it’s good I am very happy to see Suma Garu on the big screen. If she wants to continue this I make a chance to work with Suma. Finally, Suma announce the movie release date also in this trailer launch event.

This trailer shows the issue raised by Jayamma in front of Grama Sabha. Jayamma’s husband is suffering from some health issues. What are the problems they face in this order? This film opens with the point of what Jayamma did to address them. Also on the other hand a priest love story is also shown in the trailer ‌.

Suma is shown as a typical village woman in the movie, who doesn’t give a damn about anyone and anything. The Jayamma Panchayathi film produced by Balaga Prakash under Vennela Creations.  After entertaining the audience with interesting posters, teasers, and audio songs, the makers have now announced the release date of Jayamma Panchayathi movie. Suma announces the release news via her personal Twitter account.

My heartfelt thanks to @PawanKalyan garu for accommodating your valuable time to launch the trailer of ‘#JayammaPanchayathi‘ in your busy schedule.

I also thank #PSPK fans for your tremendous support and love towards the trailer. 🙏#JayammaPanchayathiOnMay6th pic.twitter.com/E1anYOAAdb