Aditya Parikh (Yash Soni) cast as the son in the movie is a successful Gujarati businessman who has dedicated his whole life to work. Also, he used to behave rudely with everyone around due to high pressure in his life. On the other hand, he always dreamt of growing his business worldwide hence, he worked hard to achieve that. But his father always wished to get his time.

One day Aditya as usual went to his office early in the morning just after he took breakfast and returned home late at night and even refused to take dinner and ran to his room in a hurry with a stressful mind and started to run on his treadmill and was even checking his emails and stuff on his phone while exercising. At the same time, Bipin Chandra Parikh and Bhala Kaka start discussing Aditya’s hectic schedule. Suddenly they hear some loud noise from Aditya’s room and thus both of them rushed to his room to check what’s wrong.

There they find Aditya laying down on the floor beside the treadmill in an unconscious state. They freaked out by looking at his condition and took him to the hospital. There while he was diagnosed by the doctors with different tests like MRI and city scans, one of their family doctors suggested his father even make some tests for himself as he has not done any checkups for months. Then after the results came out for the tests, Bipin Chandra Parikh was diagnosed with pontine glioma( brain tumor) and told Aditya that his father has very few days left to live and can die anytime. Both of them got shocked after getting this news. Then his father told Aditya that he have certain wishes that he wants him to fulfill before he takes his last breath.

The first one was that he wants his son Aditya to spend his time with him and live according to his wills by keeping his work aside and the second one was that to take him on a trip to Uttrakhand that he always wanted to visit in his lifetime. So, Aditya takes the doctor’s permission and agrees to his father’s wishes, and decides to plan for a trip to Uttrakhand.

Meeting With The Backpacker!

Infuriated and heartbroken, Aditya’s father encourages his son for an unplanned journey of a lifetime for a much-needed appreciation that life deserves. While Aditya and Bipin were on their way to the destination place they suddenly saw a girl(Ketki Mehta) who was lying on the side of the hilly road with blood all over her head. But they found that that was nothing but a fake prank.  So after everything happened Aditya and Bipin decided to give her a lift as they were up for the same destination. After they reached there they stayed in a hotel and then Aditya and Bipin were having fun by going to places and giving time to each other. Everything was going well.

Then the next day they decided to go to a different destination to explore. So when they got ready and headed to go they discovered that there were two men standing beside their car which was parked near the hotel who somewhat looked like hooligans. But they ignored them and started driving to their destination. Suddenly in the middle of the road, their car stopped and when Aditya checked what’s wrong he discovered that someone has made a hole in the car’s fuel tank and thus all of the petrol has leaked.

When the Two Men Arrives

The two men came running and caught his father and kept a gun on Bipin’s head and threatened to give everything to them whatever they have. Feeling helpless Aditya handed them all the cash and even the mobile and everything.

Then those two men ran away and Aditya and Bipin started walking from there to reach somewhere and ask for help. Then suddenly when Aditya was looking for the bank he saw that two men standing behind a car. He rushed to catch them and take his things back but failed as one of the men again caught his father and forced Bipin inside a car and drove him somewhere and also threatened that if Aditya tries to catch them then they would kill him Bipin.

After that Bipin narrated the whole story to Aditya of how wisely he managed to run away from them with those looted bags. And then while Bipin was returning the bag to Aditya which included his mobiles and laptops(which he valued the most) he directly refused to take that and told him to leave these things here only as he realized the value of his father and his mistakes and thus now he wants to spend his time with his father and forget about all his works. Then after the emotional scene, they decided to continue with their trip and thus went to Kailash Parvat, Mahavir Mandir, which was one of Bipin’s wishes to visit.

Aditya Faced With The Reality!

While Aditya, Bipin, and Ketki were exploring Kailash Parvat suddenly Aditya saw his father crying and becoming emotional and Aditya told that now he realizes that he has failed to understand the value of time and he wants to spend more time with his father but very less time is left now. They were feeling helpless about their situation.

While they were talking, suddenly Aditya’s nose started to bleed and again he fell unconscious. Then Bipin got afraid and called Ketki and took Aditya to Gujarat’s hospital. There the doctor diagnosed him again and then told Aditya that his condition is turning more complicated day by day and there are very few chances for him to live and so the doctor refused for conducting any operation as things could get worse. Aditya got shocked after hearing the truth that it was actually him who possessed a brain tumor. 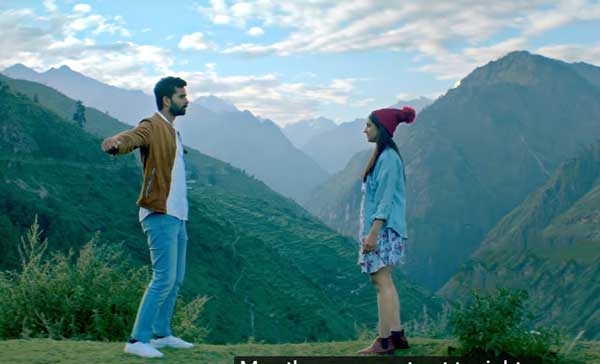 Major Suspense Of The Story!

The whole thing was planned by Bipin when he got to know that Aditya Tumor. But Bipin decided to keep this a secret from Aditya as he won’t care and still continue with his work and thus they couldn’t spend those last days together. Therefore Bipin plans in which he included Ketki, who was one of their family doctors, and also those two men who stole their things were also doctors of Uttrakhand.

Bipin created the whole trip because he wanted Aditya to live his life and see more things and come out from his busy schedule world and enjoy his last few days of life with Bipin. When Aditya got to know everything he got emotional and told the same things that once Bipin told after getting into that state. He told Bipin that he wants to live his few days of life with his father and school friends and will live a normal life leaving everything aside. This was the main suspense of the story.

The escapade turns out to be an experience as more surprises and realizations wait for their way to happiness, opening new doorways to the meaning of life.

After Aditya got to know the truth, he started living a normal life leaving all his work aside. And then after a few months, Aditya dies and his family members celebrate his birthday and the scene ends by showing his father Bipin wishing him for his birthday, and from somewhere a voice comes saying “Thank you papa” in return.

Chaal Jeevi Laiye Full Movie will be available for the audience on TV channels somewhere around June or July 2019. We already know that people are searching for a Chaal Jeevi Liaye Full Movie Free Download. Thus, we request you not to download movies from illegal websites.

Chaal Jeevi Laiye will be soon available on legal streaming websites for cheap. In fact, it is a benefit for you to watch films on legal streaming websites because if you register once then you can watch any movie at any time. In addition, it charges you at a low cost and even usage of data is too low. So, we encourage you to support the legal way of watching movies.

Piracy is a big crime and it comes under a punishable act as per the Indian Copyright Act of 1957. The movie Chaal Jeevi Laiye torrent magnet was first leaked by FilmyZilla and has spread like a Virus. And as per law downloading or watching pirated content according to the Cinematography Act, 1952  can be punished for 3 years in Jail or 10 Lakh Rs fine.

Due to the advancement of the latest technology people have various options to download movies. In fact, some people support piracy and watch movies illegally. In the same way, we do not want you to support these illegal kinds of stuff.

Within a short span, Chaal Jeevi Laiye full movie download will be available on these streaming websites. In fact, we will update you as they will provide this film on their website. Also, you can check these websites. 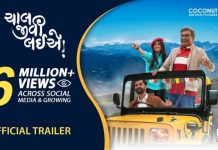