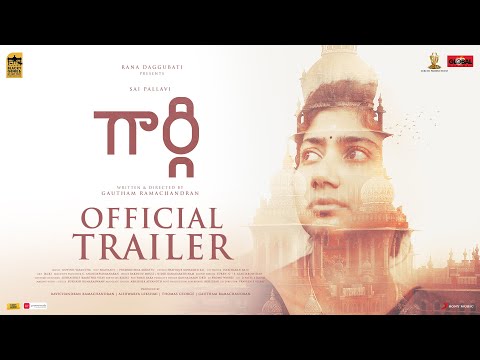 On 7th July 2022, Sony Music south released the trailer of Gargi movie on Youtube. The trailer shows the characterization of Sai Pallavi.

Rakshit Shetty is presenting the Kannada version under the banner of Paramvah studios, shared the trailer on his social media walls. The Tamil version distributed by actors Jyotika and Suriya’s home banner 2D Entertainment. Our Rana Daggubati who is presenting the Telugu version of the movie. He always encouraged different kinds of movies to present to the Telugu audience.

Gargi played by Sai Pallavi will fight for justice. She seen as a girl, who was demanding respect from her family and disapproves of the unfair treatment. She fights for the upliftment and empowerment of her as a woman. It’s Gargi’s fight with the family, society, and the system.

Sai Pallavi works as a teacher in a school. How her life turns upside down when her father arrested by the police. Gargi tries to meet her father, but the police officer handling the case explains that he was arrested only after the police followed his activities. The police also ask Sai Pallavi to leave the town before she comes under the media’s scanner and gets public attention. The rest of the trailer tracks how Gargi fights the case when it is heard in court. The trailer sets the tone for an emotional courtroom drama. Aishwarya Lekshmi, who is making her debut as a producer, is also part of the cast.