Eeswaran is a Tamil action movie. This film is directed by Suseenthiran and produced by Balaji Kapa. The Eeswaran stars include Silambarasan (Simbu), Nidhhi Agerwal, and Bharathiraja in the lead roles. S.Thaman composed the music for this film. The movie based on a village background people story. Eeswaran is scheduled to release at the Pongal festival 2021.Suseenthiran and Simbu team up for the 1st time.

The movie teaser released on November 30, 2020. The Eeswaran movie teaser gets an average response from viewers. Simbu comes back after one 1year in this movie.

The Kollywood superstar Simbu posted the motion poster from Eeswaran which is visually appealing. The motion poster captures the importance of the snake in the movie and also hints at some cricket elements. Simbu’s voice is heard saying “Now bowl the ball, man” towards the end of the motion poster.

Simbu had been hard-working extensively on his body and the results have paid off. The actor regularly shared videos of his workout giving a peek of his physical status on social media. He has to achieve the weight loss seen in the new film Eesweran.

Eeswaran film will release on January 13 just a day after Vijay’s Master released. Master and Eeswaran are the two biggest movies to release in theatres since after lockdown. These two movies are expected to bring some new cheers to the exhibition business in the Tamil industry. 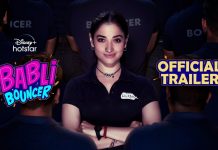