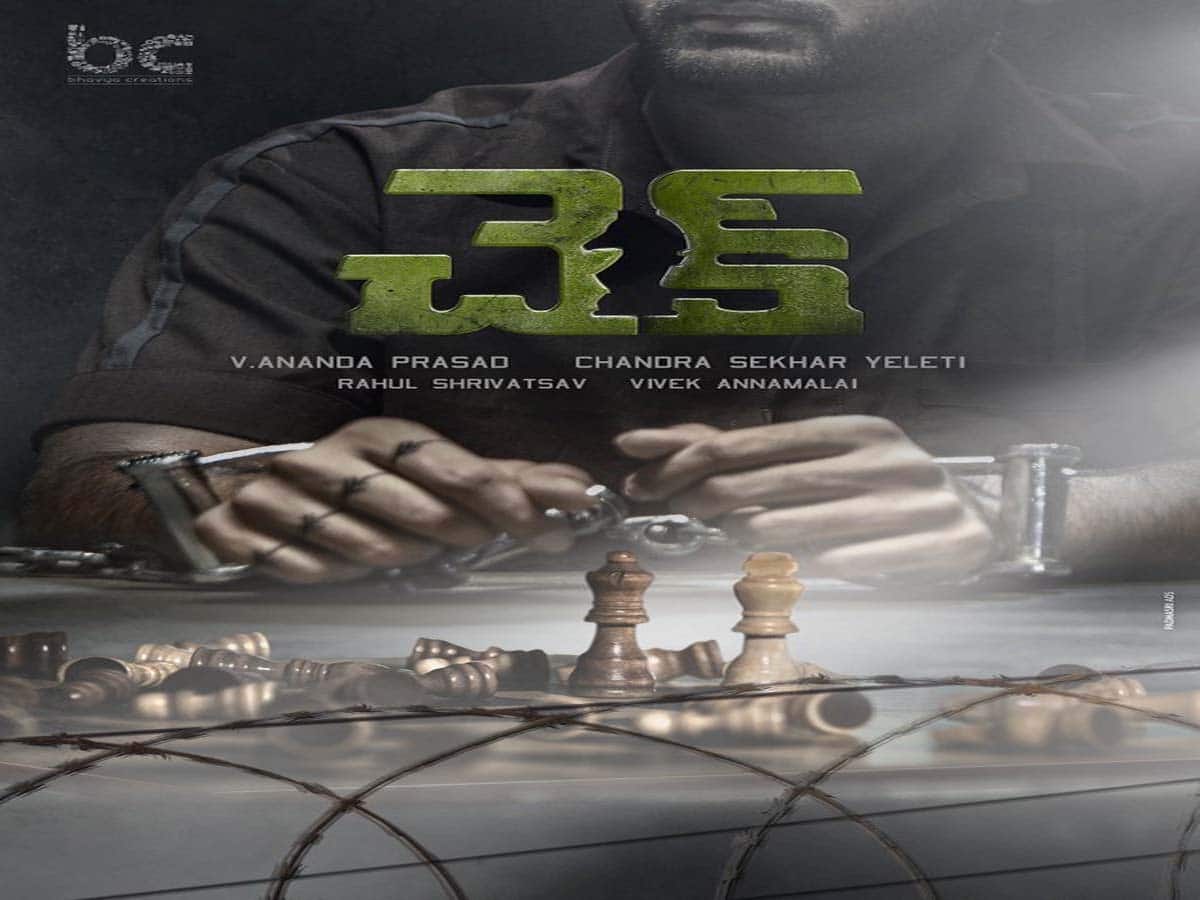 Check is a Telugu romantic thriller movie directed by Chandrashekar Yeleti. The movie featuring Nithiin, Rakul Preet Singh, and Priya Prakash Varrier are in the main lead roles and the beautiful music scored by M M Keeravani. The movie shooting has almost completed its long back but Nithin needs to release another movie, Rang De, first. Produced by Ananda Prasad of Bhavya Creations. The film is released on 25 Dec 2020.

Almost a year later, the movie title has been finalized as Check. The producers of Check unveiled the title and the first-look poster of the film on social media. In this poster, we can see Nithiin being hand-cuffed with a bunch of chess coins on the table. Also, we can see barbed wire in Check poster.

Check movie is a romantic entertainer movie. Nithiin plays a different role in each film. His attitude and manarijam also be changed the character-wise. The movie 1st look poster was released on 1st October 2020.