Chandamama Raave is an upcoming Telugu romantic movie. The movie release next month. The producers are planning to release the movie by the end of December. The movie cast includes Naveen Chandra and Priyal Gor. Chandamama Raave has come out really very well and the crew is excited. The movie is directed by the Dharma Raksha and Dharma Kshetra while produced by Kiran Jakkamsetty and Sreeni Gubbala under the IEF (A Creative Corporation) banner. Shravan has scored the music for this film.

It is learned that the audio launch or pre-release function date of Chandamama Raave would be announced soon once the venue and the guests are confirmed. Touted to be a romantic entertainer, the posters and teaser of Chandamama Raave were impressive. Debutante Priyal Gor will be romancing Naveen Chandra.

Praayam Video Song was released directly on youtube and music label from Mango music. This was song was released 2moths ago and it got 6.5k views. Lyrics were penned by Srimani and this song was sung by the Lalitha Kavya. 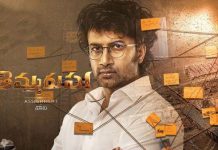 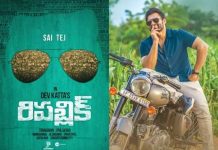