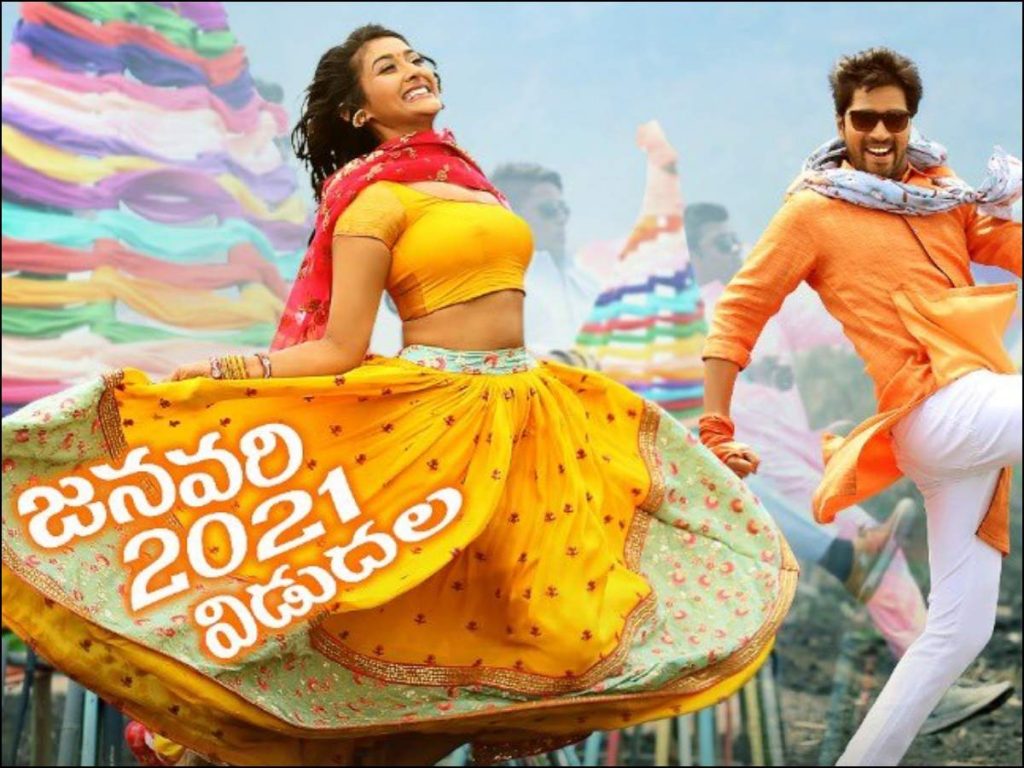 After playing a pivotal role with Mahesh Babu in Maharshi, Allari Naresh back to his forte of comedy upcoming movie Bangaru Bullodu. The movie scheduled to release in 2020. But the comedy film got postponed due to the COVID-19 pandemic. Bangaru Bullodu is all set to the theaters on January 22nd,2021.

Bangaru Bullodu trailer is overall fun and breezy. The trailer released on January 19th,2021. The trailer got a good response from the viewers, and it has reached 1.1 million views, within 22hours it is trending on youtube.

The story revolves around Bangaru Bullodu ( Allari Naresh), who is an employee in a Gold finance company. Suddenly some kind of problem involving Allari Naresh and his friend Praveen who are working in a bank’s gold loan section. You saw in the film Pooja Jhaveri to play the role of a shot tempered girl.

The love story between Naresh and Pooja has been shown with a touch of fun and comedy. This is a fully comic entertainer and filled with emotions, twists, and everything to make it. Don’t miss to watch the film.