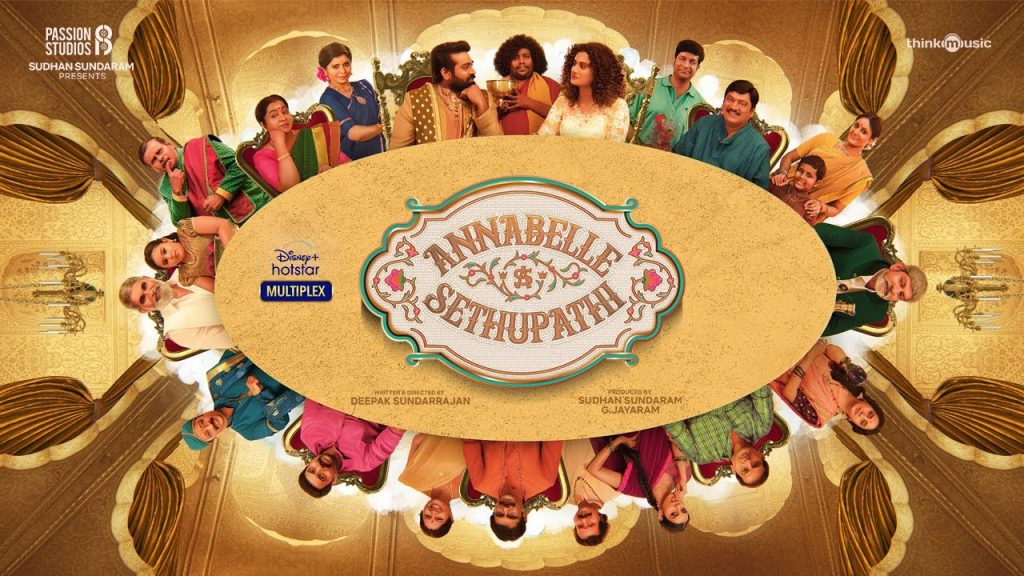 Annabelle Sethupathi Movie is a Tamil horror thriller. The film starring Vijay Sethupathi and Taapsee Pannu. The horror movie was directed by Deepak Sundarrajan. The movie will be available in Hindi, Telugu, and Malayalam. The movie will premiere on Disney+ Hotstar on 17 September.

The trailer of Annabelle Sethupathi starring Taapsee Pannu and Vijay Sethupathi in the lead roles was released on August 30th. And the trailer has received a great response from the viewers. You will show the trailer, basically, it is a 1940,s king story. It is a mix of horror-comedy.

Annabelle Sethupathi movie Story revolves around a King (played by Vijay Sethupathi), who built a castle for his lover Annabell in the 1940s. Enter the role of Jagapathi Babu who has eyes on the architectural wonder. However, Vijay Sethupathi refuses to sell it because it reminds him of his girlfriend. Before 2021, the king falls for a woman who has a strange resemblance to Annabelle (Taapsee Pannu). The following is a joke about bugs, what makes a house full of ghosts befriend Taapsee Pannu. The horror-comedy film is directed by Deepak Sundarajan and co-produced by Suthan Sundaram.