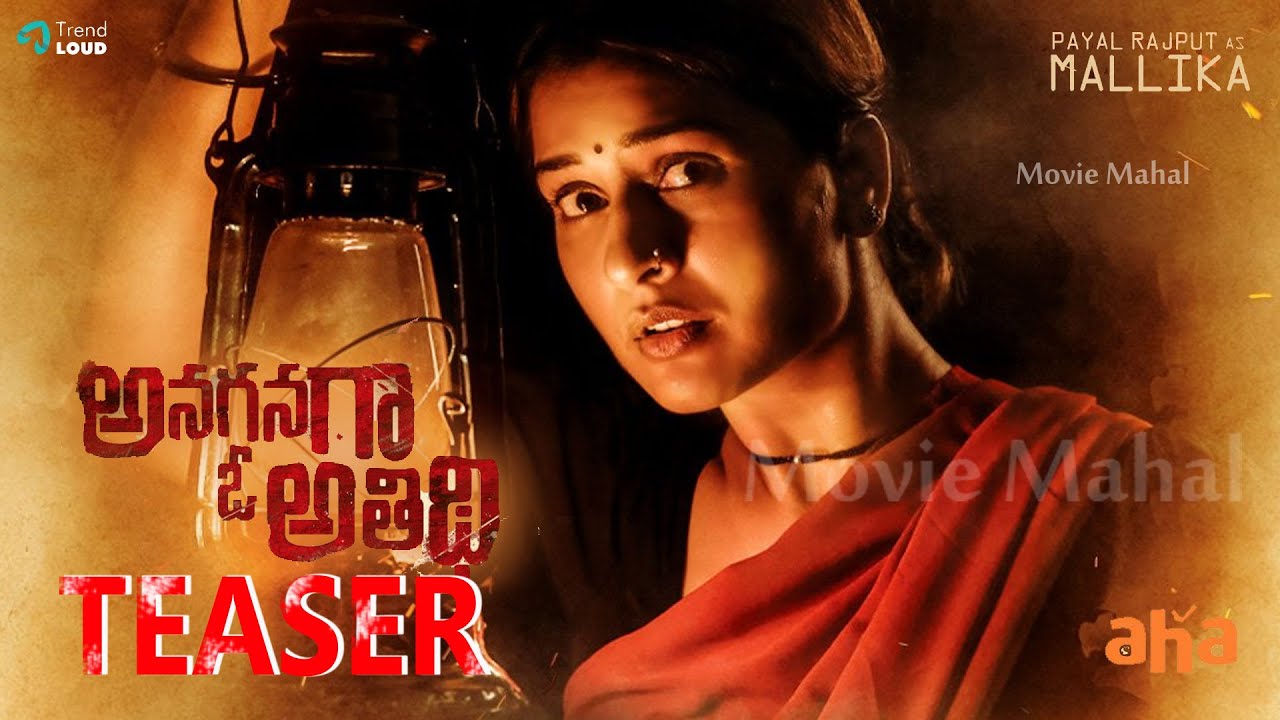 The beautiful actress Payal Rajput’s upcoming  Telugu movie Anaganaga O Athidhi. The film Anaganaga O Athidhi is helmed by Dayal Padmanabhan and his directorial debut in Telugu, while produced by Raja Ramamurthy and Chidambaram Natesan. Anaganaga O Athidhi is a thriller suspense Village backdrop movie, this is the remake of the Kannada movie Aa Karaala Ratri. Chaitanya Krishna plays the male lead role. Chakrapani Ananda and Veena Sundar are the supporting cast. The movie will be premiered on a digital streaming Aha app on 13th November 2020.

Anaganaga O Athidhi movie first look poster was launched by the famous director Vamshi Paidypally of Maharshi film. The shooting of the movie had completed in the month of September and currently, the movie is in the post-production stages.

The film director Dayal Padmanabhan told, “Though it’s my 19th movie as Director, it holds such mixed feelings as I feel like every time it’s like my first movie. Every film of mine, I give it my all passion and effort grow every passing day.”

“This movie has been produced by Allu Arvind under his OTT platform Aha wap to be streaming on this Diwali Festival. The makers are planning for theatrical release also.