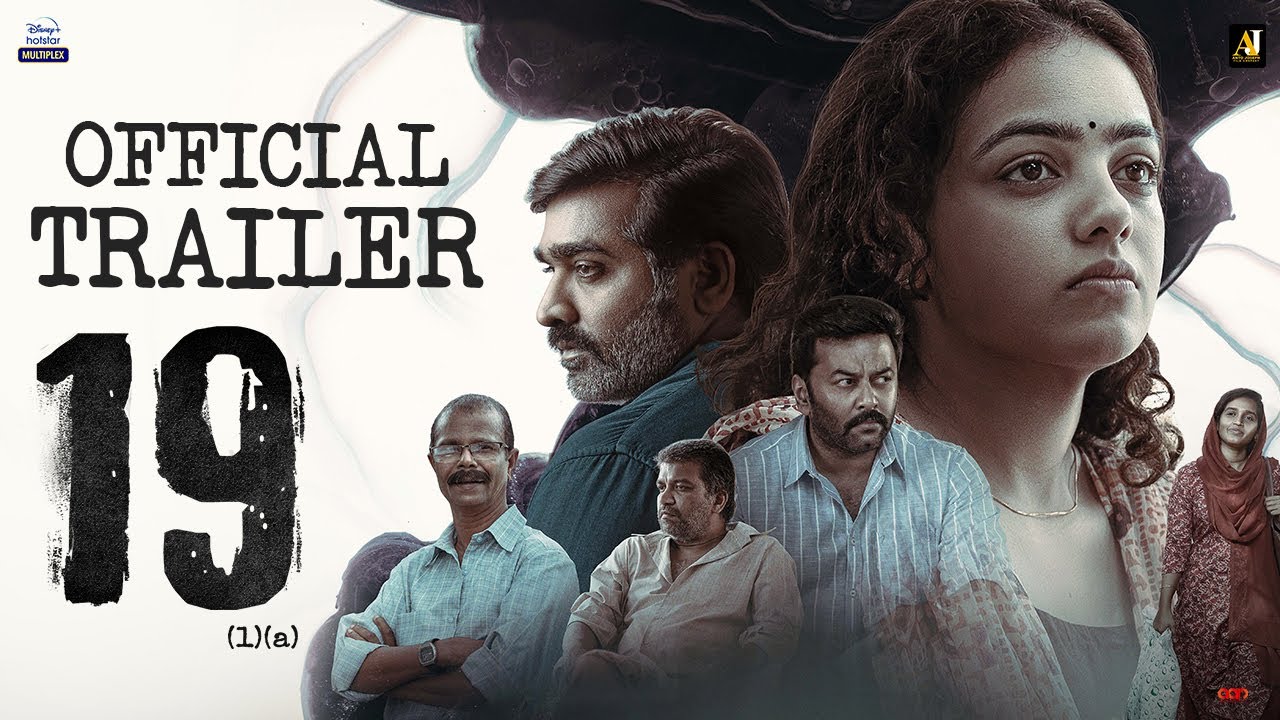 Vijay Sethupathi and Nithya Menen teamed up for an upcoming Malayalam movie titled 19 (1) (a). The movie marks the directorial debut of Indhu VS, who has previously worked with Salim Ahammed in his award-winning films such as Adaminte Makan Abu and Pathemari. Apart from Vijay and Nithya, the film also features Indrajith Sukumaran, Deepak Parambol, Srikanth Murali, Athulya, Bhagath Manuel, and Indrans. Here get the details about 19 (1) (a) Movie news and updates.

This will be the second time that Tamil star Vijay Sethupathi acts in a Malayalam film, a year after Marconi Mathai, in which he played an extended cameo alongside actor Jayaram. The Mollywood fans are super excited to watch the star and have also put great expectations considering his blockbuster performances and filmography.

the first look poster of the film released and it shows half faces of Vijay and Nithya in intense looks. The poster has created curiosity among audiences about what’s in the store as this is the first full-fledged Malayalam film of talented actor Vijay Sethupathi.

The trailer starts off on a breezy note with elements of a feel good drama, but after crossing midway, the trailer turns intense and has a serious tone to it as we see the protagonists going through a series of dangerous problems. What are the dangerous problems that the two leads encounter is something that we will have to wait and watch. Vijay Sethupathi plays a Tamil writer who travels across various places to pen his stories, while Nithya Menen runs a xerox shop. The relationship between Vijay Sethupathi and Nithya Menen and the problems that they encounter is what 19 (1)(a) is going to be about.

The teaser is quietly intriguing as it leaves us thinking about what the movie could actually be about. The title of the film could be a hint, as it seems to be taken from the Indian constitution. Article (19)(1)(a) stands for freedom of speech and expression.